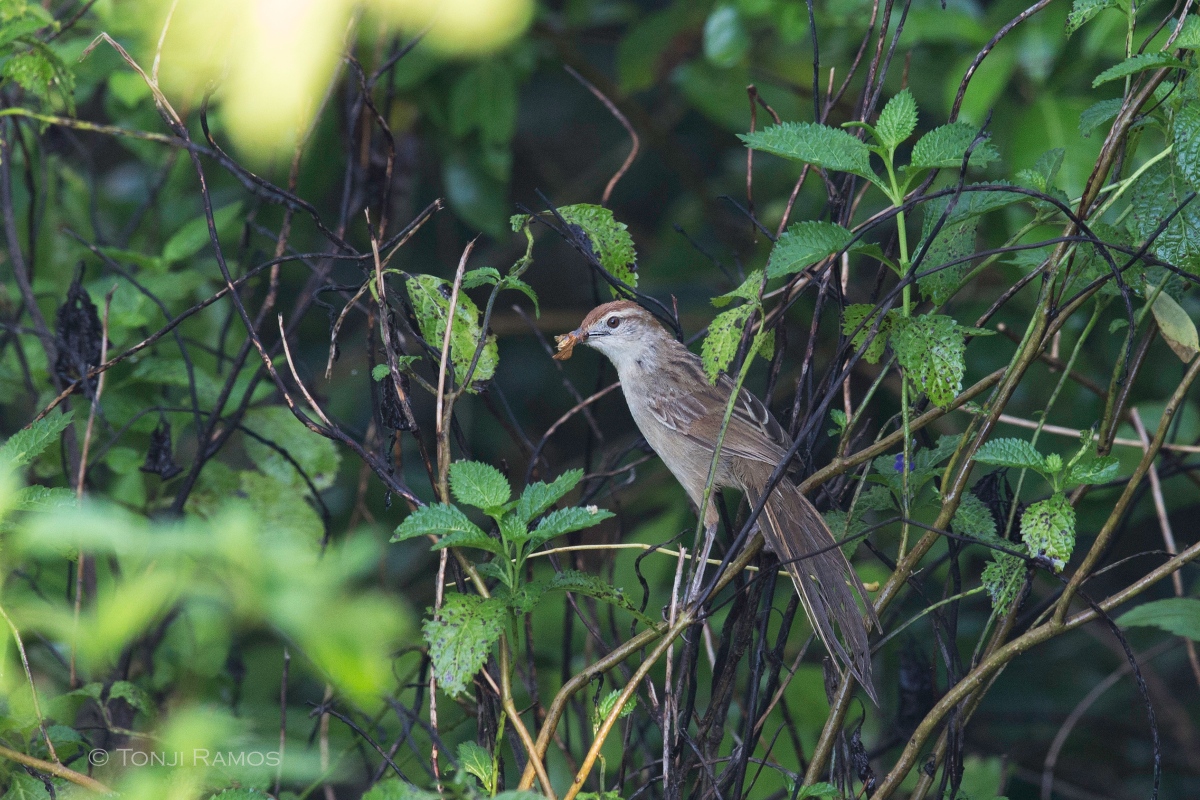 Mornings at the farm start very early. And very noisily. No, we don’t wake up to the ti-tilaok (that’s cock-a-doodle-doo in Pilipino) of a rooster. We wake up to a dawn chorus! Wild birds sing with extra gusto and energy first thing in the morning. Birders call this phenomenon a dawn chorus.

I’m not usually up before dawn. Only at the farm or during a birding trip. My first thought so early in the morning is, “I’m not yet ready to get up!” But when we’re at the farm, all the interesting bird songs and Barkley’s insistent scratching at the door to be let out instantly make me change my mind. I get up, grab my morning pages and binoculars, and head out the door.

I like to start my mornings with morning pages. This is a practice described by Julia Cameron in her book “The Artist’s Way”. She describes it as a tool to unlock creativity. Everyday you fill up three pages of a notebook in longhand. You just write whatever comes to mind for three pages and you never show what you’ve written to anyone.  For the first 8 weeks, she recommends that you don’t even read the pages yourself!

I’ve been doing this for years now and attribute all of my great ideas to my morning pages practice. Writing down things in a notebook that no one but you will ever read takes away the inner censor that criticizes, judges, puts down, discourages, and compares. When the censor is silenced, then the artist can emerge. The one who thinks out of the box and is willing to experiment and try new things. This practice isn’t just for writers or artists. It’s for everyone. Writing my morning pages made me realize I wanted to buy a farm. And more important, it gave me the guts to go and do it!

I sit on the lounge chair on the veranda, facing the mountain and write.  The morning air always has just a touch of coldness in it and the grass is wet with dew. After doing their morning rounds, Momo and Barkley like to snuggle beside me while I write. Or maybe they’re just drying their feet on me.

I keep my binoculars nearby, ready to inspect any interesting birds. Last week Tonji took pictures of the birds around the house:

We had been hearing this bird calling from the bushes but only realized recently that it was a Plain-Bush Hen. They are usually difficult to see and described as “more often heard than seen”. We have heard more than one bird. It’s good to see this bird perched on the madre de cacao. We have a LOT of that plant all over the farm and I didn’t think it was useful to the birds.

A lot of the birds near our house are grassland birds. This one is a grassland bird that’s a skulker that usually hides in the foliage and occasionally perches on top of the grass. Here, it’s perched on Hagonoy Chromolaena Odorata. Whenever I see that weed, I always try to step on it and crush whenever it! It’s listed as one of the 100 of the “World’s Worst” invaders because it’s very invasive. But now that I see this bird perched so gracefully on it, it makes me wonder.

CORRECTION: This picture wasn’t taken last week. I was wondering why the hagonoy was flowering in the picture when I hadn’t seen it flowering yet. Turns out, this isn’t the Lesser Coucal he photographed last week!

We knew we had this bird on the farm. But it was only when Tonji went out with his camera that we realized that the Tawny Grassbirds were right near the house! Again, another case of not being familiar with the call. This bird is bird is more shy than the Striated Grassbird which is similar-looking but bigger and easier to see.

The most common bird near the house is maya. They aren’t just near the house, they are in the house! When I step into the garage beside the kitchen, I hear the whir of wings fluttering as they fly out onto the roof. I think I also feel the air whooshing by me! They also make a clattering racket on the roof. They used to loved to perch in between the wall and the barbecue, but I put and end to that because of all the droppings they would leave on the floor.

These birds are easy to see near the house. They also like to hang out by the riding arena. They are almost always found in pairs. That’s why there have been a couple of times during birding trips when I’ve come across a female Pied Buschat by itself and could not ID it. Worse, I thought it was a rare or unusual bird. But after seeing them so often in the farm, I don’t think I’m going to get fooled by a female Pied Bushchat again!

We usually see them in pairs, flying across our fields. We’ve also them in a small flock of 8, and also perched on the grass. These are the birds that make us ask “Why are they here? We don’t even have a pond!” Followed by “Imagine if we HAD a pond!!” One of my best views of Philippine Ducks in flight was when a pair flew low, across the riding arena while I was riding.

These are some of the birds that make my farm mornings not just good, but great!