It was cold and raining when we woke up. Gone were the plans to do chores and tend to projects. Out came the big lenses for bird photography, binoculars, and sketchbook. Might as well sit, enjoy the weather, and watch the birds!

First came the Pied Harriers. There were new black feathers showing on Tali’s back and face. Tali is a male! It takes 3 years for male Pied Harriers to assume their full adult plumage. When he does, Tali will have a black head and white chest. He looks like he is almost 3 years old. Assuming that the female is the same one we saw in 2013,  there’s a good chance that this is a different offspring from the one with her in 2013. 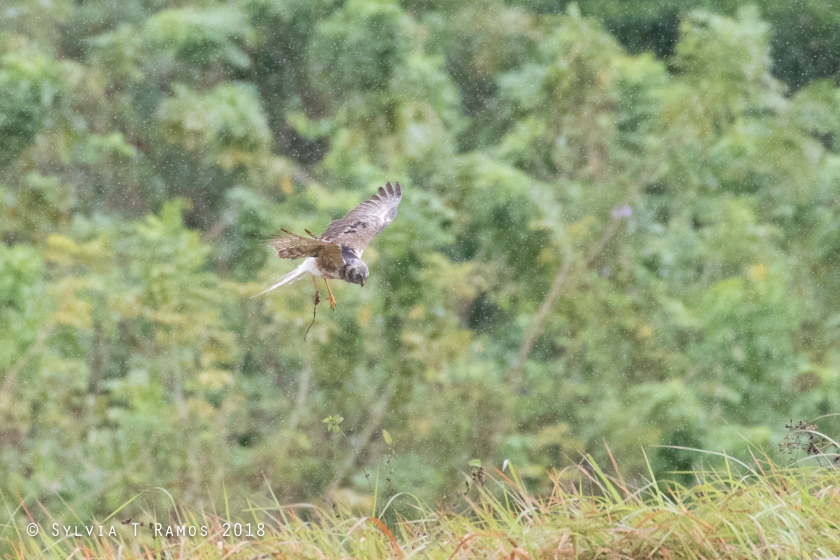 Tali still has the string wrapped on his leg. It doesn’t seem to hinder his flight. I hope he’s able to get the string off somehow. It seems to affect his landing.

The Pied Harriers moved from the bamboo fence to a tree. Three Philippine Ducks flew past them. Then they did it again. And again! Were they buzzing the Pied Harriers? Or were they just circling the pond? Too bad we didn’t get any pictures or video. 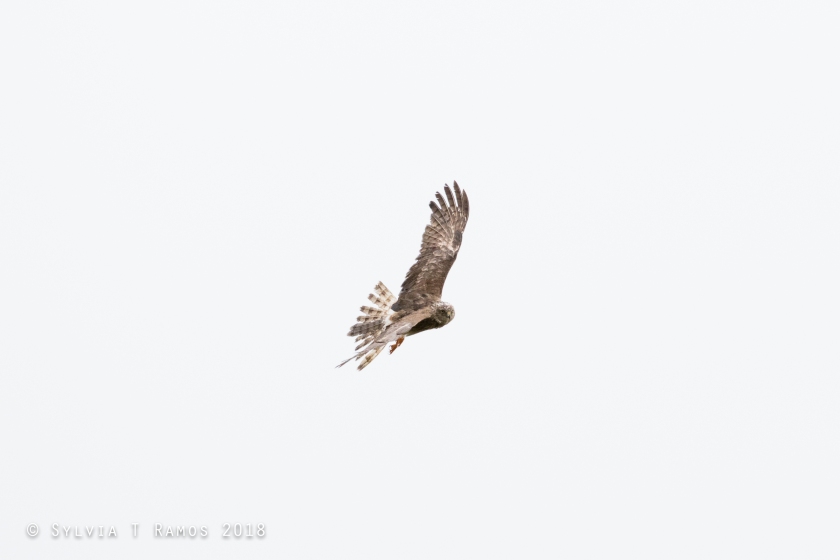 Next came two Brahminy Kites. One was an immature. They perched on a tree and got mobbed by a Crow. This interaction definitely looked intentional!

That morning, we also saw:

In the afternoon the weather stayed cool and cleared up for a bit so we could go for a walk, cut grass, and do some weeding.

A scuffle between two bulbuls!

Philippine Bulbul has the Yellow-vented Bulbul down on the branch! 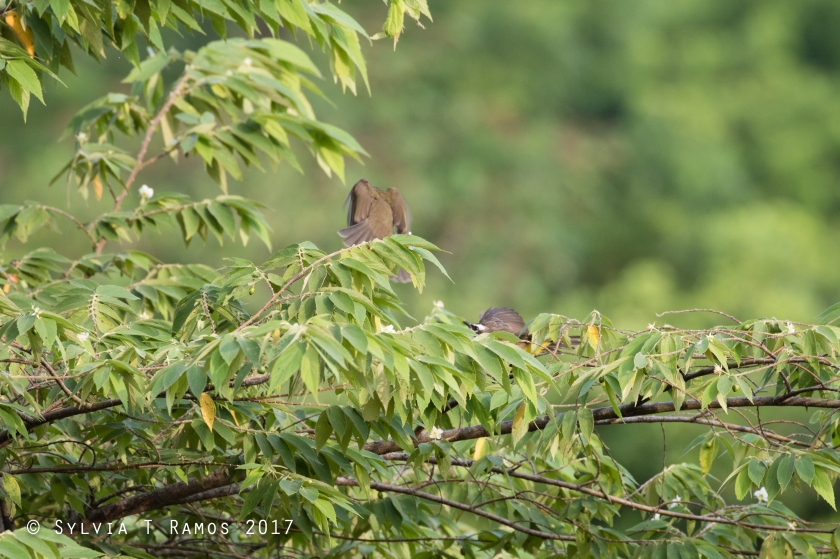 But the Yellow-vented Bulbul proves to be a strong fighter. The Philippine Bulbul flies away!

We’ve been seeing a lot of these guys near the house.

This Lesser Coucal seems to have claimed the bamboo fence as his hang-out.

The Pygmy Flowerpeckers are still on the Aratiles tree. Now that all the ripe fruit are gone, they are eating the green fruit!

This Cisticola was a bit further away from the house. It has become one of the easier birds to photograph. It calls out loudly while perched on an exposed branch before diving back into the long grass.

We are having an awesome birdy August! We added three more new birds to the farm bird list! That makes SIX new birds for August!

We’ve now seen three kinds of bulbuls at the farm:

We also had a returning bird. A few years ago, we had two Pied Harriers Circus melanoleucos, a female and an immature, that hung around the farm for three months. This was in November 2013 until January 2014. Then they both disappeared. Later in 2014, we saw a female Pied Harrier. We wondered, was this the same female? Did something happen to the immature? There were no more sightings in 2015 and 2016. Then this month we saw a female Pied Harrier! It’s possible that it’s the same one from 2013!

This month I also had my best views ever of Black-naped Monarch Hypothymis azurea at the farm! I thought that I would be seeing a lot of these birds in our area. In the early days, I even wrote about seeing one when we first toured the farm and how it was a “sign”! But, they weren’t as easy to see as I imagined they would be .. until now!

This month, they were right near the house and very visible!

We are only halfway through August! I’m looking forward to the rest of the month!